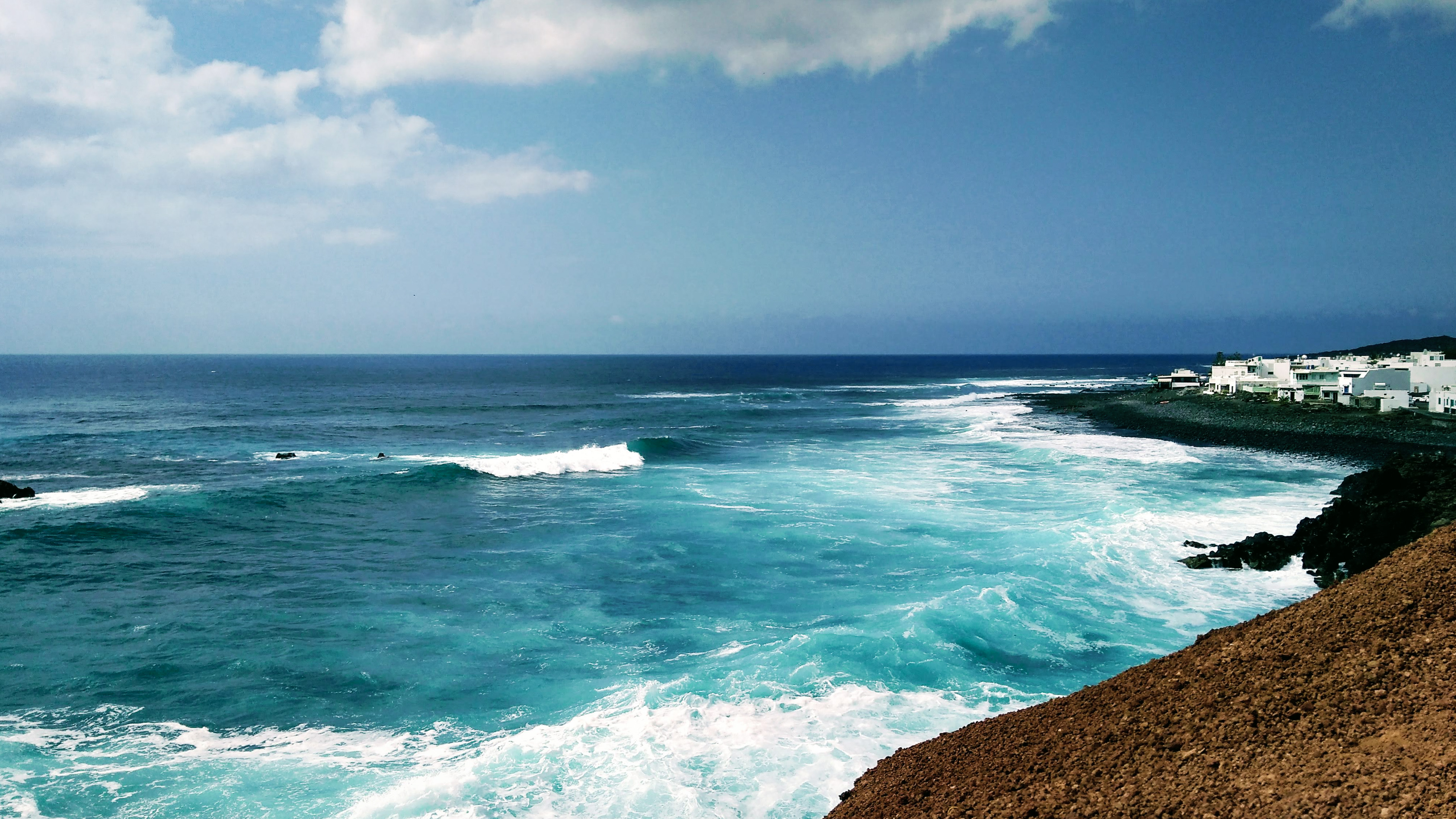 Listen to me; you have to see this place! Lanzarote is not that typical island with white beaches and palm trees you see on every postcard. Is much more than that!

Thanks to the volcanoes, the landscape you see is more the Moon than the Earth. There is actually much more than landscape. If the water poured into a hole in the soil is within 2 seconds, as hot steam again on the surface and the stones you cannot hold in your hand because they are burning, is for sure more than just a simple island.

Let’s start with the beginning. I tell you a name and you tell me what you know about that person? Cesar Manrique. No idea about who this person is? You see, already one reason to visit Lanzarote. He was a really multitalented artist, an architect, painter, photographer, sculptor who was originally from here and after he became famous in New York, returned home and continued his unbelievable work. He saw the touristic potential of the island but in the same time wanted to protect it from the big masses of tourists. One of the ideas he had, was to hide all the electric wires in the ground. I told you, this place is interesting! Yet we are at the beginning… Thanks to him are no high buildings all over the island; he contributed in the planning and building of several cities on the island. Even if in the cities is not that much to see, the buildings with white walls and black lava rock gardens are really esthetical.

Do you see, this island starts to be really interesting, I told you! If you are looking on the map, trying to find Lanzarote, you need to zoom a bit as is really just a small point in the Atlantic Ocean. Yes, just a small point and I didn’t told you, not even the half of all what you can see here. No, I won’t tell you all what you can see here, but believe me, no matter how much you read about Lanzarote, once you are there you still find places to discover.

Yes, I know, did not forgot, told you something about hot steam and stones. This is in the Timanfaya Natural Park, the land of the devil. Why the devil? Most probably because few meter under your feet the ground is hot and burning, just like in the hell according to many people. This part of the island was formed by the several volcano eruptions of the Montana del Fuego or the Fire Mountains. The territory is just partial open for visitors, which is easy to understand when you are thinking at the unbelievable huge energies under your feet. You don’t believe me?! Look, just a small detail, 5 meter deep the temperatures are around 600 degrees Celsius. You mean the people there don’t have to pay for heating on the cold days? Of course not, but they actually went a bit further buy digging a hole in the ground and putting a grid over the hole. All they need to do is to put the meat on the grid and will be nicely prepared by the heat coming up from the hole and served in the restaurant from the National Park. No smoke, no coal or fire and yet the chicken is ready.

Where I took this picture and the first one from this article? At the Mirador del Rio, a view point where you need to pay to enter in the main building. If you want to save the entry fee, just park your car in the parking place, walk on the cliffs next to the building you will have a great view. Yet, the best view you can have from the terrace, situated on the top of the building. In front of you the island La Graciosa, on the right the endless blue of the Atlantic Ocean and to the left, high cliffs which base is constantly washed by the waves. No, this is not just a view point on the island, this is The View!

Let’s play a game! I give you a few more names but without any description and I let you to discover these places. All I ask you is to send me some pictures after you went to these places and let me know which was your favorite?

Well, let’s see that names: El Golfo, Lago Verde, Casa del Agua, playa de Famara. I guess you are planning to go just like the most of the tourists, for one week, so if you want to have some relaxing days as well, are enough this places I gave you.

What do you mean, on how many islands are all these places? We are talking only about Lanzarote. Of course is that much to see, I told you it’s not an average island!:)