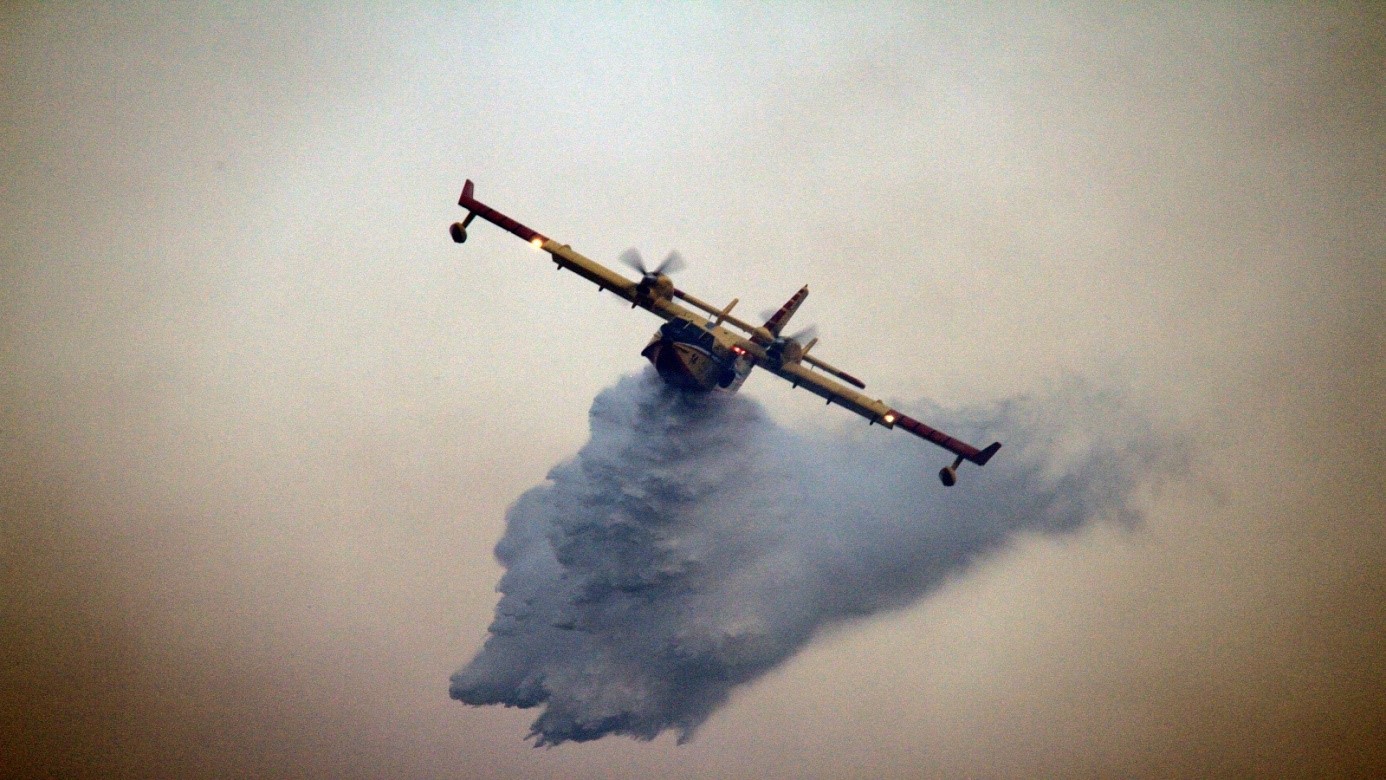 I’m still thinking if a fire that destroys people’s belongings and changes the image of the environment for years after, can be an experience? Definitely not pleasant one. At the same time, being in a situation when you are surrounded by flames, the authorities are as helpless as the ones they should save and finally […]

I’m still thinking if a fire that destroys people’s belongings and changes the image of the environment for years after, can be an experience? Definitely not pleasant one. At the same time, being in a situation when you are surrounded by flames, the authorities are as helpless as the ones they should save and finally getting out of the whole situation only with a bit of “smoke scent”, it is in the end a pleasant experience. At least for me, it was so! But, let’s see what really happened…

It was an ordinary summer day, with drought and high temperatures. There is nothing unusual in those parts of southern Italy, but I was somehow surprised to see smoke columns, rising from the distant forest during the day. I did not realized that, it could actually be a serious fire and I did not think at all, that at the end of the day we will get really close to each other.

Once arrived home, I forgot about what I saw, I started to do things I had to do, until I heard strange sounds outside and I went to see what was happening? I went out and saw that I actually do not see anything. As the house was built on a hillock, so the air around me was still clear, but the surrounding valley was covered with smoke. The strange sound that made me leave the house, were the branches and all that was on the ground, under the layers of leaves, they were snapping as they were “devoured” by flames.

I quickly realized that, what was happening was not a game at all, so I quickly took my car and left the courtyard of the house. I did not wanted to wait for the fire to arrive there, although I knew it would theoretically stop, as there was nothing to burn there , not even a tiny tree, just grass and a ditch to gather rain water between the yard and the forest . All good and beautiful till now, so I went out of the yard and could choose between three different roads on which to take, but they all went down in the valley where the fire came from.

I went in the direction where was less smoke, when a police car came from the opposite side and the agents stopped me. In such a hot situation, literally and figurative of course, we all tree had a quite funny conversation. First, they told me that the road I just took It was not a good idea being closed because of the fire, then asked me where I came from and if the road was free in that direction. Immediately I felt much better, seeing that I was not the only one who did not knew what the good direction was. Once all those things “clarified”, they speed up with siren sound at maximum in one of the directions, I checked for a sector where I had the impression that the vegetation was rarer around the road and pulled the car to the right.

Now I realized that in a crisis situation a lot of people are not able to judge and “they throw themselves into the abyss” (at that moment I did not had such thoughts, but it could really going to happen). Several cars passed, speeding along the road between the trees. But, what the hell they do, if a trunk in flames collapses just on their car or just in front of them, blocking the road? No, I’m not going to praise myself and say how good I acted. However, in most crises, even if it seems a waste of time to stop for a few minutes to evaluate the situation, we may still have something more to gain than if we run in all directions without judging.

Meanwhile, there were other cars that stopped where I was, including the police car I had met before, and no one knew if we would had to run, in which direction would be better? The cops used all  the radios at their disposal, spoked with more crews, already helping in extinguishing the fire but the wind changed direction all the time and made impossible to predict where the fire would go. In those minutes, we suddenly heard the noise of the airplane engines and until we saw him, he flew over us and opened the doors on the bottom to “sprinkle” the entire area where we were.

There were two airplanes in the air, and several terrestrial crews working on extinguishing the fire. I think, you do not have to be a lover of aviation, like me, to gape and admire what’s going on. As they emptied their “stomach”, they were already above the sea, flying at a lower altitude until they reached the surface of the water, “refueling on the go” while the setting sun very stylish, covered the whole scene in the colors of burning fire.

“Refueling on the go”Thanks to their intervention, the fire in that area was extinguished, and I went home to find out that fortunately the flames did not reached the building. But, as the fire was not fully extinguished all over and from time to time there were flames which break out in the area, we were all “on guard” that night.

The next day I found out that fortunately no one was hurt, but however it wasn’t be the best idea for someone to drive on a road with trees in flames on one of the sides. Fortunately, “only” cars became the victims of the fire, but even so, it was scary enough to see those images.