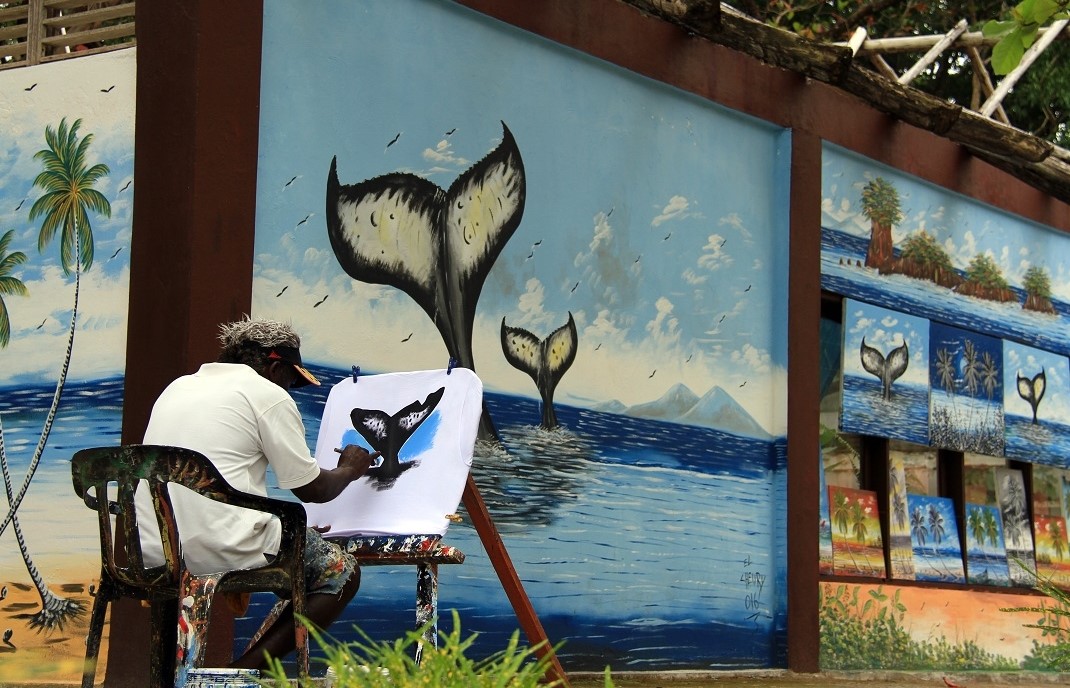 Did you saw the whale? – want to ask the guy who is with me in the boat but as I look at him have to realize that would be a stupid question. Of course he did, the whale almost turned upside down our small boat. Wow, such amazing creatures, I still need some time to understand what happened few seconds ago.

Anyway, it’s February and in this period of the year I used to be home, trying to not get frozen. But now, I’m in a small boat on the warm water of the Atlantic Ocean in the Caribbean region, where huge, 13-14m long, 30-35t heavy animals are coming to the surface of the water and disappearing within seconds. Exhaling a more the meter high water jet appears an adult on the surface, followed by her calf.

In the morning as I was parking my car in the port was raining, the sky was grey and I was thinking it was totally nonsense to wake up early and to drive 2 hours to be there in time. Clouds were till the surface of the water, the waves too big, no small boat would go out, the bigger ones can be afforded only by baron Rothschild. Somewhere, in the ocean few meter away of me were huge whales, coming here every year to give birth their calves and to take care of the together in the first weeks.

The Humpback whales are travelling every year from north to south, to the warm waters to give birth, than return to north where the waters have enough food for them. The whale population in the Indian Ocean is not doing this way as on the north is the Asian continent, but the ones from the Atlantic and Pacific ocean are doing yearly a  20.000 – 25.000 km journey from north to south and back. During that period while in the warm waters, the whales are not eating at all, only giving birth and taking care of the newborn calves. As soon as the calves are big and strong enough, after 2-3 months from their birth start the journey back to north together with the adults. Unfortunately due to the excessive hunting, almost 90% of the Humpback whales population has been killed; nowadays their number is slightly increasing but is still on the list of endangered species.

Somewhere close to me in the depths were swimming this huge adult whales and baby calves. Just kept saying I want to see them and soon, like the weather was listening to my thoughts, the first rays of sun came through the grey clouds and in few minutes we were out on the water. A huge dark whale like a rocket catapulted out from the water but in the next moment disappeared again in the waves. Till I could focus on it to make a picture was already gone.

In this moment right next to our small boat exhaling loud is coming to the surface a huge adult whale. Slowly is going into a nearly vertical position, than really slow like her body would be weightless is disappearing. Since several second is already gone when I finally stop pushing the expo button of my camera, my finger was like glued on the button. No time to check if I did at least one good picture, we are heading direction of another adult appeared recently on the surface. We do always keep a distance between our boat and these beautiful creatures as all we want is to observe but would never ever do anything to disturb them.

Really don’t know where to look, which direction as again and again from totally different directions are coming to the surface to breath and disappearing within seconds. I might not made any good picture, I’m so excited my hands and legs are trembling, cannot really focus on the whales as they are actually smaller than thought based on their size, the small boat is dancing on the waves, the sun is shining into the lens, etc. 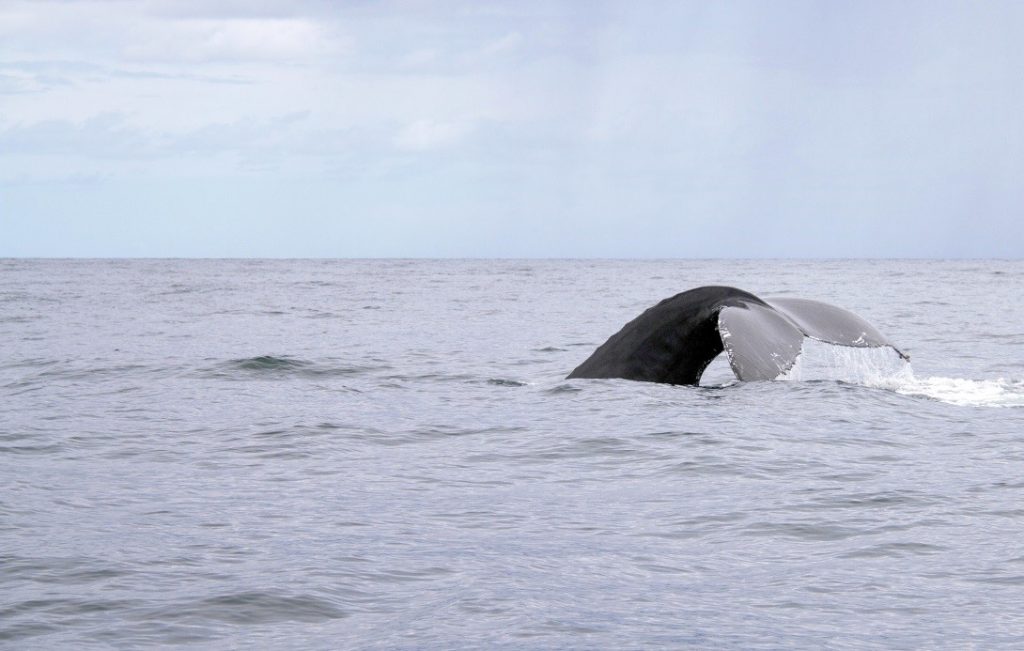 In these moments I decide to give up taking pictures. Put my camera back in the bag and just starring at these beautiful creatures. Some of them are 10meter longer than our boat; having a weight of approximately 20 cars are coming to the surface and disappearing within seconds or just swimming majestic. No, this is not possible, this cannot be real, these unbelievable creatures are from another world, even from another galaxy!

Is time to leave the water and leave them alone while I keep saying that all what I saw was way too unbelievable to be true. Back to the port I still cannot leave, just walking along the coast, keeping my eyes on the water, want to see them again and again! Suddenly from the corner of my eyes I see some colors behind the trees.

Looking in the direction of the colors I understand immediately why these amazing creatures are becoming pieces of art. Impossible to resist their beauty!